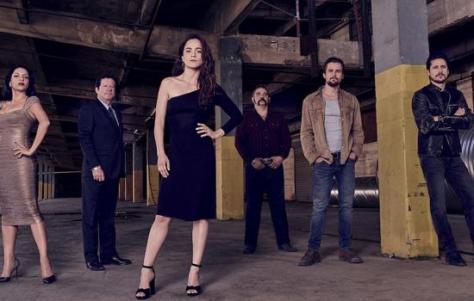 Guero is still out here being nothing but a burden to our Teresa. I wish he just leaves her alone! While meeting up with him, his DEA babysitters roll up on the both of them. Now they are trying to get Teresa on their side. But Teresa isn’t a weak snitch like Guero. Aint no way in HELL she’s going to work for them! At one point during their reunion, prior to the DEA dropping in with their proposition, Guero was trying to tell Teresa why he did what he did. I instinctively tuned it out because IDC! Nothing he can say or do will make me forgive him for playing dead, which in turn caused a domino effect of bullshit for Teresa and Brenda! He has brought nothing but trouble to her since he pulled his little stunt. And to top it off, he knows what she’s being going through cause the DEA has been showing him!! I hope James whoops his ass soon.

Speaking of James, what a guy! He’s selfless and handsome. Perfect combination, lol! I was smitten, yet a little confused when he sacrificed himself so Teresa could get away when they were trapped in the desert near the tunnel. Like, she just got bit by a scorpion, and is punch drunk off the venom! She can’t run from the soldiers by herself! She’s going to die right where you left here. But how silly of me to think that. She’s Teresa Mendoza! Nothing nor no one can keep her down. Not only did she rise up out the ashes like a phoenix, she DROVE right into the hands of the enemy to get James!!! They are the ride or die standard. And of course she finessed them both out of their predicament and still accomplish what they set out to do. Which was to blow up Epifano’s drug tunnel. YAHTZEE!

Epifano…he really chaps my ass. And so does Isabella. She’s such a spoiled brat! What her and her daddy both need, is a good ass whooping! I know Camila is far from being all puppies and rainbows, but Damn! Can you at least answer her phone calls?! She just wanted to wish you a happy birthday and give you a beamer you ungrateful twat! I can’t wait until she starts to realize her dad is 100x worse than her mom. Well at least some good came out of that ignored call. Teresa got the car and is now riding in style, lol!

I love Pote. He comes across as big and scary but he’s really just a Teddy Bear that is always looking out for Teresa. A teddy bear that will bite you head off if he needs to, but a teddy bear nonetheless. I would worry about him playing her, but thanks to the glimpses of the future that we get to see sometimes, he’s right there by her side so I can rest easy. Even if there is beef at some point between the two, I know they will work it out without killing one another.

Lets talk about that claymation of a general, Cortez. He looks so weird to me. I can not believe he is an actual human. I can’t stand him. And he’s a total perv. Like stop mentioning Isabella, you freak! Even though I don’t like Epifano either, I hate how he has him under his thumb. I was hoping him and his boys would have gotten blown up in the tunnel but of course he made it out alive. Hopefully him and Epifano go toe to toe and end up killing each other.

I can’t wait to see what happens next week! 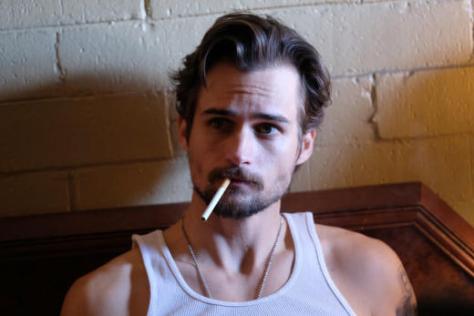 So last night’s episode was poppin! The horse race, Teresa almost getting caught up, dropping the bomb on Tony, Mark Consuelo’s death, and last but certainly not least, the reappearance of Guero!

Ummm, how much time has passed since season one? I’m guessing only a couple of weeks because how had Tony not found out about Brenda’s untimely demise? That still gets to me :'(. Well whatever, he knows now so that’s good.

As far as the horse race, I was like soo Teresa is so bad ass that she can pick the actual winning horse? Bullshit! I was going to be mad if that’s how things actually went down. But nope, the schemers schemed and it was awesome! I never would have thought about giving the horses tainted sugar cubes! Genius! But of course something is going to go wrong when kids are involved. So when they were told not to give the sugar to the big mean white horse, i was like they got this race in the bag! And then one little clown drops her cube and the other is too scared to feed any of them. My heart dropped straight into my butt at that point. Shoutout to James though for scaring the other horses from the bushes. When he took out that gun, I was like awww man you don’t have to kill em!! Glad he just shot the ground to spook them, lmao! $1 million fake dollars to $12 million real dollars. Talk about a come up!!!

Now lets get to the best part of the episode. Guero! I am so glad they didn’t make us wait 4+ episodes into this season for him to reemerge. I was literally just as surprised to see him as Teresa was, lol! I would have reacted to him differently than her though. Initially, I too would have been frozen in shock, but I would have hit him with the uppercut of his LIFE shortly there after, unlike the hug Teresa gave him. Hell, he should be glad he didn’t get shot! Like are you real, or or you a ghost? Cause I could have SWORE you were dead. If I shoot you and nothing happens, you’re a ghost and I’m heading for the hills. If you double over in pain and bleed, well I guess you never really died in the first place and “you’ve got some splainin to do”. Shoot first ask questions later! lmao. YOU RUINED HER LIFE YOU DEA SNITCH!!! It would have been one thing if he faked his death and then came back for her, but he faked his death because he’s a snitch now. She went through the worst time of her life because you got caught and are now a whistle blower! Could you have not asked to get her out the game too when you got caught up? I mean, you knew where she was going to be, since you gave her specific instructions to follow in the event you died. So Guero gets no sympathy from me. In fact, he’s dead to me. Can he be revived through his actions from here on out? Sure, but I doubt he will be able to come back from the ultimate betrayal he committed. 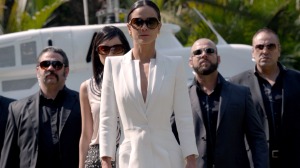 WARNING: THIS IS A RECAP OF THE ENTIRE SEASON 1 AND EPISODE 1 OF SEASON 2. DO NOT PASS GO IF YOU HAVEN’T SEEN SEASON 1. SPOILERS AHEAD!!!

Ok, so I binged the first season of Queen of the South a couple of weeks ago on Netflix. I’ve had its spanish counterpart, La reina del sur, on my watch list for years, but never got around to watching it. If you know like I know, novelas are a commitment! Queen of the south only had 13 episodes so I was like I can squeeze that into my already tight tv schedule, lol.

The show is about Teresa Mendoza who will become the Queen of the South (selling cocaine) eventually. She starts as an innocent money changer and then she meets Guero, Brenda, and Chino. Her and Guero fall in love and the rest is history. He is a pilot for the Vargas cartel. She knows he lives by the sword, and has accepted it. Early on Guero gives Teresa a run down of what needs to happen in the event that a particular cell phone he gives her rings. It means he’s dead and she needs to grab the bag he has stashed with cash and a passport for her and haul ass to the safe house until she can arrange to flee the country. The most important thing in that bag though is this book that has dirt on every cartel in Mexico and the ones they deal with outside of there. He told her to trade that for her life if she goes to the police, or gets caught by a cartel.

Well the day comes and she BOLTS, all while calling Brenda to warn her and Chino. Too late, they kill Chino and now Brenda, Teresa, and Brenda’s son are on the run. They split up, Teresa goes to the head of the cartel, Epiphano Vargas, to give him the book so she can get out of Mexico alive, he flips through and was like I will protect you. But he’s lying and tries to kill her! She escapes and is picked up by Epiphano’s wife’s men. They hate each other and have split the cartel in two.

She becomes a drug mule for Camilia because she has no other choice. That’s actually a step up because prior to that she was just a prisoner of Camila’s. Camila wants to know why her husband wants her back so bad and what information she may be hiding. She protects her from him and his men who are scouring Mexico and Texas looking for her. Brenda resurfaces and Teresa gets them to sneak into Texas and sets them up in a hotel. Brenda starts selling drugs with a local low level dealer to make some money. Meanwhile, Teresa is going through it! She can never catch a break!!! I hate that and love it at the same time, because that’s real. That life isn’t a cake walk. It takes a lot to get to the top. A lot! So i’m glad they didn’t make it seem easy. And she is no where near the top. She maybe at this point, at the intermediate bottom, at best, after all she has gone through. I also love how her Future, Queen of the South self talks to her throughout the show. She offers words of encouragement and reassurance because she knows what present day Teresa will eventually become.

Here’s what really made me mad though. In the finale, we find out the FUCKING GUERO ISN’T EVEN DEAD! HE’S A DEA SNITCH NOW!! WHAT THE FUCK GUERO? TERESA DIDN’T DESERVE THE LIFE YOU FORCED UP ON HER BECAUSE YOU GOT CAUGHT UP!!!! ALSO, BRENDA AND CHINO WOULD STILL BE ALIVE IF IT WASN’T FOR YOU!!!

Season two premiered last night and Teresa has earned a little more respect, but she’s still pretty low level. She’s bout that life now, more so than she was last season, but I still don’t want it for her. Camila even offered her an out (I was skeptical of the offer though), and she chose to stay. I feel like that was her only real option anyway. She has no family and her only friend was killed because of Epiphano. Now it’s blood in, blood out :(. This episode wasn’t too exciting, but the preview of the season looks LIT! Omg, Guero better have a good fucking excuse when he resurfaces. It must have been a hell of one because Teresa eventually ends up back in his arms. And of course James is going to be beefed out with Guero over Teresa. It was so obvious they were going to get together at some point. Or at least think about it.

I’m excited to see everything that happens leading up to the big events this season.

My unsolicited opinion on my fav shows and movies