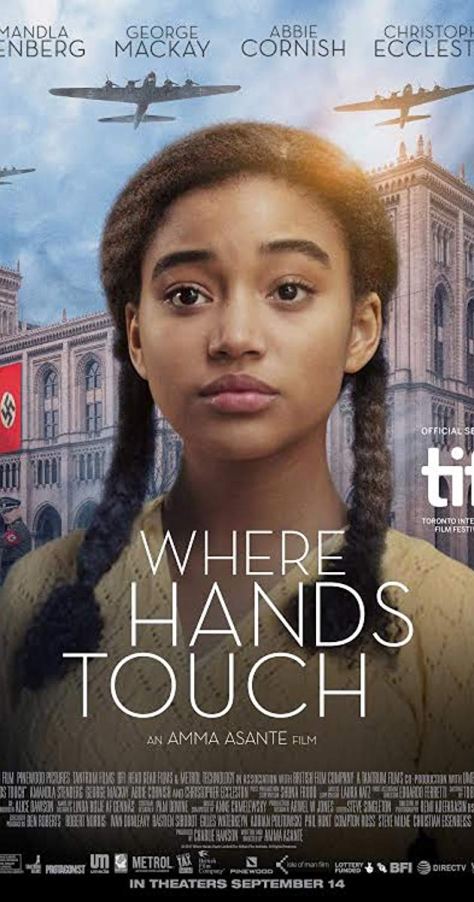 Last night me and Merlyn saw Where Hands Touch. I’ve been waiting on this movie for about two years! I was going to be super mad had it not been released in my area since the date was for “select cities”. If it’a not playing in a theater near you, it will be available for a while on DirectTv starting Dec. 6, and streaming on Hulu March 2019.

The movie is about Lena’s experiences as an Afro-German during Hitler’s reign. Prior to the announcement of this movie, I honestly never thought about the possibility of there being black Germans. While initially she wasn’t treated as badly as a Jew during that time, she was still hassled and hated. I want to use some scenes as examples, but I also don’t want to be a spoiler.

The  runtime is about 2 hours and it’s a pretty well paced movie. At times it may seem slow, but it works. You won’t be checking your watch throughout trying to see how much longer you have, if that helps.

Be sure to stay to the end, because in true Amma Asante fashion, she’s hits you with facts and pictures about Afro-Germans in Germany during that time.

The only thing I didn’t like were some scenes where the fakest sun was used. I originally thought my only beef with the movie would be everyone’s accents. Oddly enough, I didn’t really mind them. For the most part. Like, the lighting was horrible in my opinion. The way they portrayed sunlight at times made everything look like a dream sequence (and not a good one) because it was too fake! The rays of light dancing on Lena and Lutz faces during the more touching scenes…straight cheddar! If anything, it took away from those scenes. Also the horizon from the hilltop looked awful, as well as some scenes inside the camp. Specifally her POV shots while looking through the fence of the camp.

That being said, if it’s showing in a theater near you, you should go see it. It’s worth it.

One thought on “Where Hands Touch”

My unsolicited opinion on my fav shows and movies